Here you will find a brief writeup on The Science Place, and it’s history. If you’re new, please start here!

The Centennial Exposition was a world’s fair held within Fair Park from June 6th to November 29th, 1936. As a celebration of the 100th anniversary of Texas’s Independence from Mexico, 50 buildings were constructed on the fair grounds. Among them were three buildings which would later become the collective museums of The Science Place. They would take on various names over the coming years, but at the time, these were the Dallas Museum of Natural History, The Dallas Museum of Fine Arts, and the Domestic Arts building. All of these structures were designed by a group of architects headed by George Dahl, in the Art Deco architectural style. 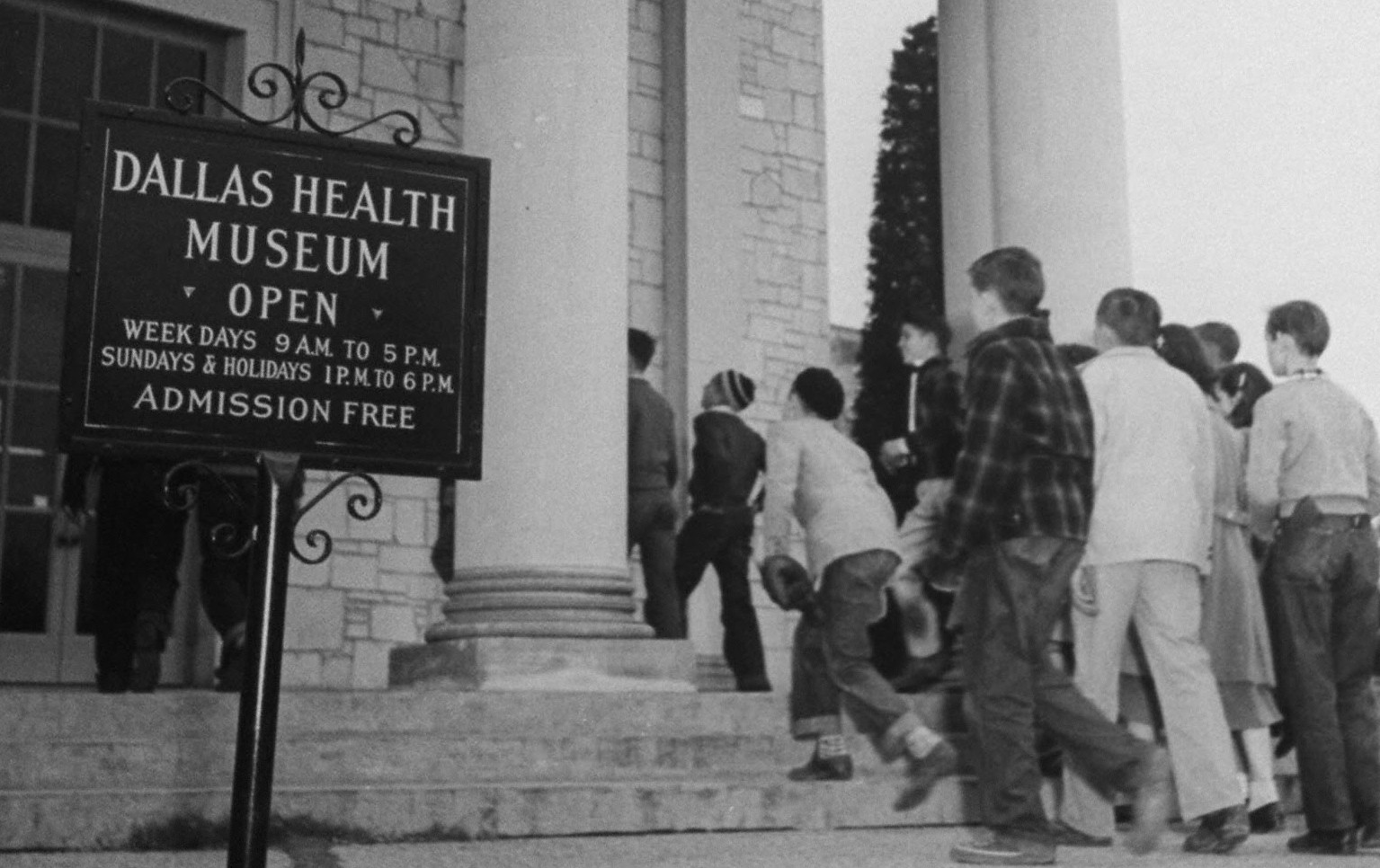 Photo courtesy of LIFE Magazine, circa 1949

On October 5th, 1949, the Dallas Health Museum premiered as a revolutionary public institution entirely devoted to the Health sciences. This museum was housed within the former Domestic Arts building, which would later become known as Science Place II. This museum is often noted as being the precursor to The Science Place, and was one of only two of its kind in the nation. We have a large number of photographs from this era, but verifiable information can be hard to come by.

Originally opened within an auditorium of the Dallas Museum of Fine Arts in October 1953, The Planetarium at Fair Park was World Class. Originally featuring a Spitz Model A-1 Planetarium projector, the program operated in this building until 1956, when it was moved into the Dallas Health Museum facility where it would stay for the remaining 56 years of its history.

In 1986, the science & nature museums at fair park consolidated to form The Science Place. The first major exhibition, “China: 7000 Years of Discovery”, marks the beginning of this era and the innovative educational endeavors that shaped the future of Dallas. Other significant exhibits during this period include the very first life-size animatronic dinosaurs. The majority of these exhibitions were displayed in the former Museum of Fine Arts, which was renamed as Science Place I. We are still discovering new things about this time period every day, but much of the 80’s remains to be rediscovered.

Photo taken from WayBack Machine archive of thescienceplace.org, circa 2003

This year marked the construction and expansion of Science Place I. This addition included a state-of-the-art IMAX Theatre, as well as a beautiful terrazzo floor which remains there to this day. During this time, we also see a revitalization of The Science Place branding to feature the familiar “stars and planets” and “T.I. Founders” tagline. 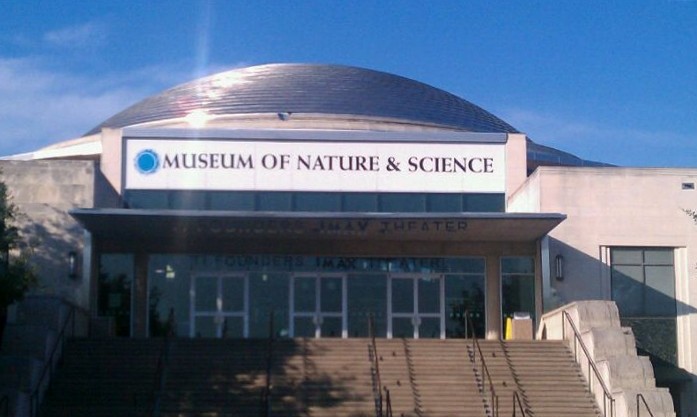 Photo taken from WayBack Machine archive of thescienceplace.org, circa 2009

In 2007 we see the acquisition and subsequent rebranding of The Science Place to become The Museum of Nature & Science. During this period, we start to see the museums embrace digital media; historical materials from this period are far easier to come by as a result. From this point on the museums would undergo large scale reorganization of various collections, as well as several new travelling exhibits, while a new facility was constructed in downtown Dallas as part of a cultural consolidation effort. The final exhibition shown in Science Place I was “Planet Shark”, which ran from October 31st, 2011, to August 14th, 2012. At this time, all museum property and contents were moved to the new facility downtown, and all former Science Place buildings remain closed to this day.

2012 to Present - The Perot Museum of Nature and Science 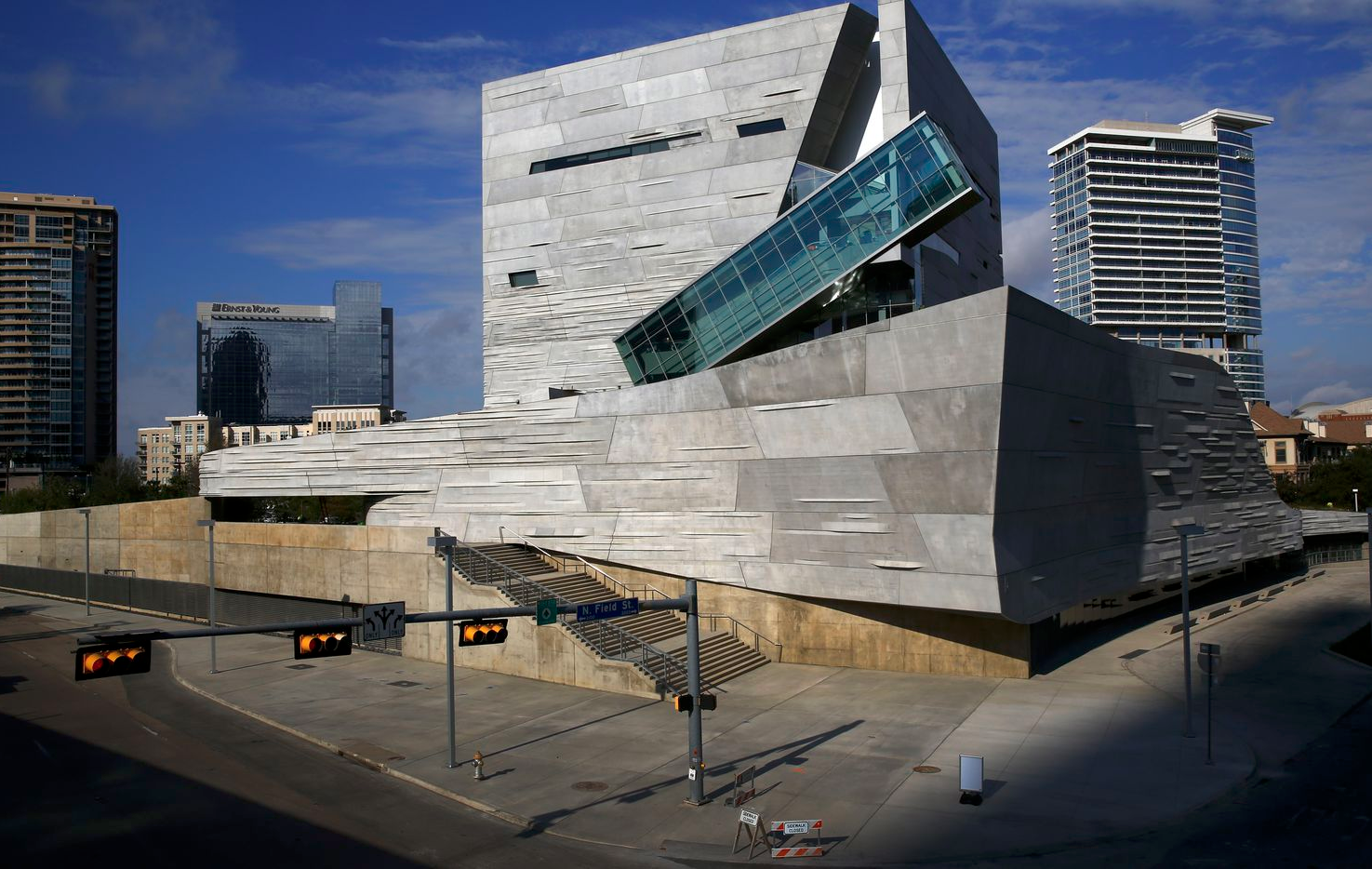 Photo courtesy of The Perot Museum of Nature and Science.

As the successor to The Science Place, The Perot museum represents the culmination of over 75 years of dedicated work by countless individuals and organizations to create the museum of the future. It remains in operation to this day and boasts an incredible array of interactive exhibits and collections.